AkikoFrid Byrå is non-partisan and collaborates with people who care that the Earth and all living things become healthier in every way. We all are – Part of the Earth ☺️

I grew up with my grandparents in Takasaki, Gunma prefecture, in the middle part of Honshu, Japan. Grandfather started to teach Judo after he served as a prison-guard for many years, before and during the war-time in Japan. He established a Judo gym and a bone-setting clinic, which nowadays called as Judo-therapy. My father took over the Judo gym and the clinic, and now my brother and his wife continue the family path.

I was not attracted to the school system to put the grades on people. Compare people with the grades. And I saw many students didn’t have time to play because they needed to study even after school in order to get a higher grade. I was not into the competition either. So I decided to challenge that by not going to get education after the high school. I wanted to see if I can live a life I want without having educations and job careers. No titles in front of my name.

When I was 19, I started to work, after one year of a cooking school education. My first job was to sell clothes to young people in a department store. After working as the clothes seller for about 5 years in my home town, I moved to Tokyo, when I was 24. First got a job for an American cosmetic company in Roppongi, and then for a foreign fashion models agency in Shibuya. I got married to a Swedish man, who I met in Tokyo.

Moved to Osby in the south Sweden in the early spring of 1993. After living together for 10 years, he decided to go into a Buddhist monk way. So he moved to Japan. I decided to stay in Sweden, to see what will happen here without having family and long-time friends around.

Lots of things have happened since then 🙂

First I published a small essay book in Japan. Sweden kara Konnichiwa 1996. It was about my life in Sweden.

Then a co-translated book was published in Japan. Waterless Mountain 1998. It is a story about a Navaho boy, who becomes a medicine man.

I worked for an international environmental organisation Greenpeace.

The first assignment was to check the situation around GMO-rice in Japan, back in 1999, since then I did some field research on GMO-papaya, GMO-rice, GMO-canola contamination, GMO-food labelling in Japan, and also served as GMO-issue campaigner in Japan and in Sweden.

During my Greenpeace time, I went to China and joined a tour, The Yunnan experience in 2004. Co-wrote a canola-report in 2005.

In 2012, Greenpeace made a short film about the reality of the GMO production called, Growing Doubt, and I translated the text into Japanese. I left the Greenpeace GMO campaigner position in 2013, after that, I got an assignment from Japan the late 2015, to translate a report, Twenty Years of Failure – Why GM crops have failed to deliver on their promises, into Japanese.
Twenty Years of Failure
遺伝子組み換え失敗の20年

Between February 2008 and February 2016, I served as the administrator for a network Hej då GMO in Sweden and still taking care of the Twitter account.

I started a small company in August 2012, in order to be more responsible and consistent with my will to be a psychologically and physically stable person to live on Earth with other livingthings in harmonious way. This is the challenge of my life.

Since 2012, I am working for the GMO-free Europe Conference, served as a conference staff, and also as the webmaster. Updating the news page, as well as taking care of the Twitter account. The last conference was in 2018, and our work continues.

I have joined to a national network for freelancers who are also transitioners, called Omställningsbyrån.

I have studied at a folk high school about how we could possibly survive in this changing Earth, without destroying our home planet, Mother Earth 🙂 That education gave me wider perspective and many possibilities in my life.

Lastly, I got a housemate and 4 cats since 2009, and we are trying to live in harmony, and it is challenging. Haha. 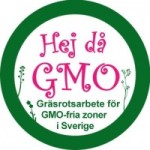 Now What?! The art of being fully human in a time of crisis​

Akiko is a Collective Members of the Now What?! global community

Now What?! global gathering and gift economy for collectively navigating the complexity of our times in order to support action, build community, foster healing, and unleash generosity.

The European GMO-Free Regions Conference has a secretariat, based in Berlin at the Foundation on Future Farming (Zukunftsstiftung Landwirtschaft) and is maintained by Benedikt Haerlin (Berlin) and Akiko Frid (Osby, Sweden).